The last 10 months for the beach communities of New York have been tough. They have been bruised, broken, frozen, basically flipped upside down and inside out. When it rained, it poured. If you thought your life was tough before, then this year undoubtedly made it harder. It was a test of our minds and our community. Sink or Swim? We swam together, worked together, helped each other and 10 months later found ourselves back in the calmer waters we call home. So after all of that, when asked if we were still going to do “NY Surf Week” post-Hurricane Sandy, it was a simple answer: YES, Surf Week will carry on. With help from major sponsors like Vita Coco Coconut Water and Wave Riding Vehicles surfboards it became possible for this event to happen. After the storm both of these companies were there when we needed them, Vita Coco filled up their vehicles and brought supplies out to us day-in and day-out. Wave Riding Vehicles loaded a huge bus full of supplies and drove up to us from Virginia. What was even more amazing was the local support for NY Surf Week this year. Some businesses that were down and out for 6 months this year jumped onboard to help this great week become a reality. So, before we can move forward with the details of the 4th Annual NY Surf Week, I would like to thank all the local sponsors: SidelineSwap, Minnesotas, Kostal Paddle, Local Cycles, The Bungalow, BeachHouse, Ooh La La, Russo Flooring, Mcavoy Plumbing, Soloshot, O’Toole Insurance Inc., RentinLongBeach, US Limo and Earth Arts of LB.

The surf forecast for NY Surf Week looked really small leading up to the event, which started as a memorial contest for NY surfer and friend George “Geeza” Geiser four years ago. Knowing that the whole event is now dedicated to him definitely helps bring us waves every year. We may have been stressing a little at first but he delivered as he always does with some beautiful chest high surf all weekend. Thank you George !

Wednesday July 17th started off the week with giving back and sharing the love of surfing with kids from Camp Abilities for the blind and visional impaired. We are there to share the sport of surfing with them and to help inspire them. It turns out that we (the surf instructors) are always the ones who end up getting inspired by these amazing kids. We finished the day off with a non-for-profit Art Show at the Allegria Hotel, showcasing some of NY’s most talented photographers and artists. We also released the conclusion of the NY Beach Relief Fund, a post-Hurricane Sandy effort created by NYSEA and non-for-profit Surf for All. Using various social media outlets the two companies worked together to raise over one-hundred thousand dollars from 36 different states and 7 different countries. Our houses were gone but our social media platform remained, so being a NY surf company we did what we could to help our beach communities.

Thursday July 18th also consisted of a non-for-profit outing. We took the kids from the school of Henry Viscardi surfing. This outing was amazing because it was our first time working with these kids, and the first reactions are always the best! I have never been to the school of Henry Viscardi but from what I saw on the beach that day, it looked like these kids were in great hands, with teachers that really care. At night we called all the families together for Kids Night. The Long Beach Hotel was our venue and it filled up with over 300 people. The highlight of the night was premiering a 30-minute sneak-peak of our new movie called “Beyond the Jetty.” That combined with a bunch of games, poster signings and surfboards raffles from our sponsors left everyone smiling and every kid going home with something.

Friday July 19th was a quiet day on the beach, but far from quiet at night. We put a half-pipe skate ramp and a free REAL tattoo booth by Sailor Jerry’s Rum inside local venue Warehouse 5. It went nuts to say the least. We showed our “Beyond the Jetty” movie preview again, there was live music from Jahstix and DJ’s Mike Ceeza and DJ TR3VOR, and the whole place packed out with one thousand people. The only thing working against us, or should I say the surfers, was the Open event that would begin the very next morning with fun chest high on-shore surf.

Saturday July 20th featured both the kids and the Open surf contests. The kids got us started as we let the Open competitors sleep in a little from the night before. The waves were as fun as summer surf gets. With a record number of kids coming out to the event we had many heats to run and not enough time to get through them all. We ran up to the semi-finals in both the kids and the Open, then waited for Sunday to finish the event. The first-ever kids skate contest on the beach was a great success. This event would not have been possible without Red Bull and there team coming out to build the ramp. Young Cole Goldstein took the win. Saturday also brought us the first-ever “Bound to the Sea Bash” presented by Raised Fist Propaganda. Music line up: Mark Klein, Shipwrecks, Jahstix, Non Stop to Cairo, The Warden and Fame, Dysfunction, Fear Nuttin band and Groundswell featuring Gyptian. We almost made it through the Beach Skate Contest and Beach Jam when a storm shut us down. We had to reschedule the skate contest for the following morning and moved the last two bands to a local bar to play out the night.

Sunday July 21st was a gift. Chest-high, glassy, perfect surf. The sun was shining and the surfers and skaters were stoked. We finished the surf and beach half-pipe skate contest before 2 PM. Leif Engstrom won the Open surf contest, Jared Bono took the lead in the 16 and under boys and Selena Moberly was victorious in the 16 and under girls. Last but not least Sean Plundeke came out on top in the beach skate contest. We all then got to get in the water and enjoy the waves before our memorial paddle-out for George “Geeza” Geiser to close the whole event. 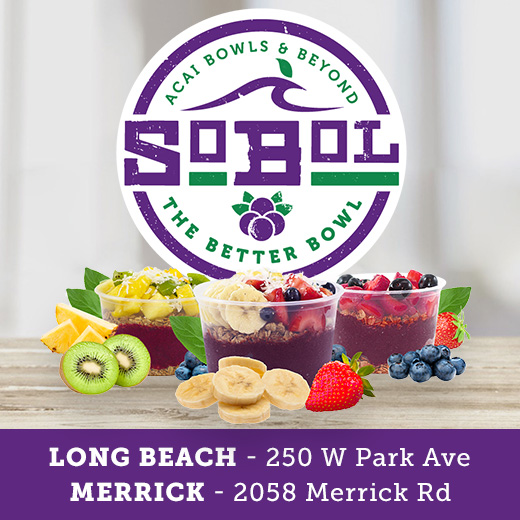