Saturday July 16, 2016 hosted the New York Surf Week Grom Competition on National Boulevard in Long Beach, NY, where Jack Richards in the boys and Summer Ejnes in the girls division took this years first place trophies home. Jack and Summer are both local Long Beach kids who have been progressing quickly and becoming some of the better surfers in the water today.

Contrary to the NYSEA Open Men’s Division held a few days earlier, Saturday held only clear blue skies and beautiful weather. Sponsors Honest Tea and Cliff Bar kept everyone hydrated and energized throughout the gorgeous summer day. The kids competition saw arguably better waves also than the men’s day, and was ran in 2-3 foot clean surf. With an early morning high tide, things started off a bit slow, but would soon pick up.

The boy’s began with six heats in the first round, advancing the top three of each heat forward. Moving into round two, first place of the three heats would earn a spot right into the final, skipping over an intense semimain final heat. Owen O’Donnell, Jack Richards, and Kyle Caracciolo earned those seats in the final and awaited to see who the top three in the semi-main they would face off against. Drew Caracciolo, Sandon Karinsky, and Aaron Gershkovich grabbed a few nice rides hitting and tapping their way into the six man final heat. With the final heat set, the girls having the same format, would finish their semi-main before the boy’s final commenced.

The girls Keira Bauer, Brooke Baldassare, and Gwen Price tore their way into the final passed the other competitors and would face Elizabeth Kohler, Tori Price and Summer Ejnes in the final.

All of the competitors seemed to know each other and were quite friendly on the beach, but anyone watching could tell that in the water there was a different and much more intense vibe. The boy’s awaited the final to begin and got things started quickly. The lower tide allowed for surfers to grab some waves a bit further out and an opportunity for big scores if connecting to the inside bowl. Owen O’Donnell started things off with a couple nice committed turns all the way to finish on the inside. The youngest competitor of the day, Aaron Gershkovich of Roackaway Beach, NY stuck to the inside, speeding his way through a couple sections. The Caracciolo brothers stayed to different peaks but had a similar strategy to keep busy, racking up a couple early scores. With Jack’s back against the wall, and Sandon sitting close by and picking off some of the waves he wanted, he knew he needed something soon. Jack’s patience paid off and with the five minute warning, he found himself a nice outside set wave and went to work. With a nice committed setup turn, he kept his speed and landed two more to the inside, getting him back in the heat with a solid score now under his belt. In the dying minutes, Jack was neck and neck with Gilgo Beach’s Owen O’Donnell, a standout of the event. He found himself a nice backup score similar to his first wave, throwing his tail around all the way to the inside bowl, which put him just in front. Owen had a hail mary on a right toward the end of the heat, but caught a rail and came undone.

Similarly to the boy’s, the girls all wanted that title this year and with the final underway, the surf continued to roll in. Brooke Baldassare and Summer Ejnes stayed busy during the final heat, grabbing a bunch of scores on the smaller inside waves. Brooke, a regular footer smashed some of the sections of the smaller right handers, while Summer moved slowly down the beach and grabbed a couple from a different peak. While all the girls battled for that first place trophy, the judges decided that Summer surfed the best and on this day, rose above the rest.

Upon completing the event, competitors and parents gathered around the bandstand where they were presented with bright new trophies and prize packs courtesy of our event sponsors Hurley, Honest Tea, Cliff Bar, NYSEA, Skudin Surf, Drink3Water and Vintage Seltzer, along with some others from our Boardwalk Vending Village.   Official results below. 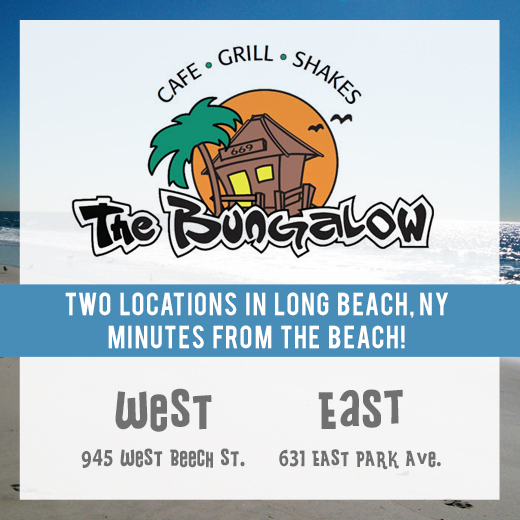